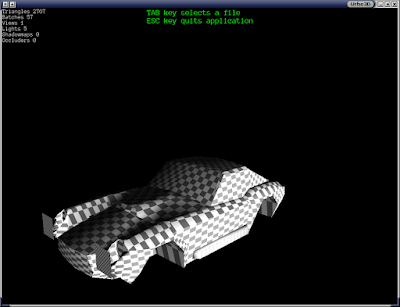 The next thing to do under Urho3D is to load up the models for I76 assets.

The hard way to do this is to manually generate an Urho VertexElement array and attach the model vertex and normal data, linking a VertexBuffer and IndexBuffer through a Geometry element.

This approach works, and there's an example of it in the sample application 34_DynamicGeometry.as, but it's fiddly and my implementation is error prone. So let's not do that.

The simplest way to do this is to use the AssetImporter tool from the Urho3D distribution. This can take an OBJ format file, which we can generate easily, and produce output files that Urho3D can load directly. It adds an extra step, but simplifies the process.

So we generate the OBJ file format files as we do in the existing C++ code, and then use the fileSystem.SystemRun() call in AngelScript to shell out to the AssetImporter binary. There's code in the default Urho EditorImport.as application that we can use more or less directly for a prototype, that handles assembling the command line and also tacks on the .exe extension for windows. We'll replace this at some point, but for now let's just use it as is for the demo.

Otherwise there really isn't much clever here - we reimplement the ZFS unpacker in Angelscript to extract the resources, then we can view either individual models from GEO files, or complete vehicle assemblies from the VDF file. Extracting from the ZFS takes several minutes, and so the app should be run windowed, and the terminal will report the progress of the unpack. We could implement a background loader, but it's not worth the effort for a run-once process like this.

The only other annoyance is that the floating point output from AngelScript threw up errors with the AssetImporter by default - small values will be represented by scientific format (e.g. 3.3021e-05) and the importer doesn't like some of these, and there didn't seem to be a way to format the output more precisely. So we spot small values and treat these as exactly zero when we write them out.

Here's a tarball attached with:

The conversion process just applies a default image file for testing at present (whichever image you copy into Textures/test.png), and requires a defaultmat.xml Material file. It's lacking basic error checking, but as a proof of concept it holds together.

Also this will not work on the Nitro ZFS, since AngelScript doesn't know how to decompress the LZO compressed files without the platform specific libraries. 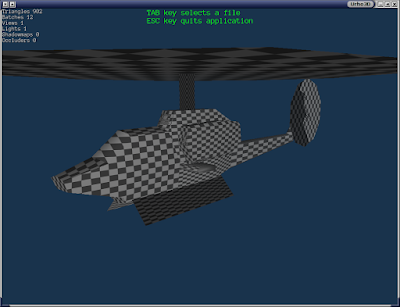 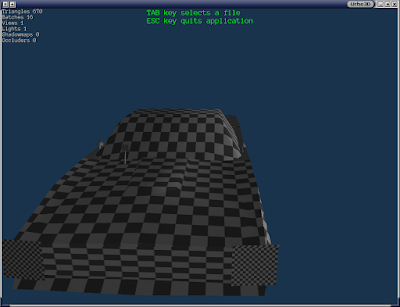